As a public historian working outside of academia I often get contracts that are vaguely in my area general area of expertise — western Canada — but not the odd corners of history that are where I like to spend my time — mountains, visuality, and environmentalism.  This is great because I am constantly learning about things I previously had nothing more than a cursory knowledge of and occasionally I pick up interesting tidbits about topics I though I knew very, very well.

Last week I came across a piece of information while reading up on the history of the Chinese in Alberta that went counter to the everything I knew about a peak in Canmore.   The peak is called “Ha Ling Peak”, it is located to the southeast of Whiteman’s Pass on the edge of the Grassi Massive, and until 1997 it was called “Chinaman’s Peak”.

The racist original name of this mountain comes from a story about a Chinese resident of Canmore winning a bet with some of the miners that he could climb the peak in under 6 hours.  There are variations on the story but the basics are as follows: the man was a cook at the Oskaloosa Hotel and made a $25 bet with a group of miners that he could make it to the top of the peak on Whiteman’s Pass and back to the hotel in 6 hours.  He returned to the hotel within the allotted time but the miners did not believe he reached the summit so after doubling the bet he made the trek again with a big white flag so the miners could look up at the peak with binoculars and see it at the summit.  Once again he was back to the hotel in 6 hours and after the peak was viewed through binoculars he received the $50 on the table.  This great feat led the community to christen the mountain “Chinaman’s Peak” in commemoration of the accomplishment.  The urban legend when I was growing up was that the flag was still at the summit of the mountain but no one whose made it to the top, including myself, has reported any proof of this.

In the mid-1990s the Calgary Chinese community began a petition to rid the peak of its offensive name.  The reason for the push was two-fold; “Chinaman” carried too many negative racists connotations, and the name of the Chinese man was not a mystery so the peak should bear the proper name of the man it was called after.  People of Canmore are not always welcoming of change so there was some backlash from long-term locals about changing the name but most accepted the group had a point:  Why were we using an offensive name for a mountain when we could use something else?  So “Chinaman’s Peak” became  “Ha Ling Peak”.  Certain locals and wannabe locals take pride is using the old name as proof of their deep knowledge of the town and its surroundings — honestly, the locals only use the old name around other locals and when habit causes the old name to come out instead of the new one.

Since the renaming of the mountain it was not questioned that the man’s name was Ha Ling.  The guide books recount his story along with the directions for getting to the jump-off parking lot and how many switch backs to expect.  Never had I heard another name associated with this peak until last week while reading the only comprehensive history of Chinese in Alberta.  In Mooncakes over Gold Mountain, the name of the Chinese man is given as Lee Poon not Ha Ling.  I was confused and surprised.  The story of Ha Ling Peak is well known in Canmore so how could someone get the man’s name wrong in a book based on a master’s thesis!

The most obvious explanation is in the endnotes of Mooncakes over Gold Mountain.  The story is taken from a local history of the Crowsnest Pass not the local history of Canmore.  Both are coal mining areas and miners often moved between them as work demanded so it is likely names in stories were changed as the story travelled south along the Rockies.

Why the name of the Chinese man who climbed the mountain is different in two parts of Alberta is, however, unimportant.  The important part of the story of the name change is that it returns a name to its rightful place and erases a racial slur from the landscape of the Bow Valley.  It shows a willingness to change and correct past insensitivities, to embrace the multicultural past of a town that is still overwhelmingly white.

I have written about Ha Ling Peak before in the context of when it is appropriate to rename a landmark or place for the purpose of being politically correct.  Today, I want to highlight that renaming it is not always about political correctness or even getting the name right.  It is about honouring the ordinary people whose stories we tell decades later.  Ha Ling, or Lee Poon, probably did not stay in Canmore very long but in the time he was there he made a mark on the local memory.  He climbed a steep mountain that is essentially a scramble once you are above the tree line.  His name needed to be returned to the peak to remedy the racism of the early 20th century that lingered on the Bow Valley in the name of a mountain. 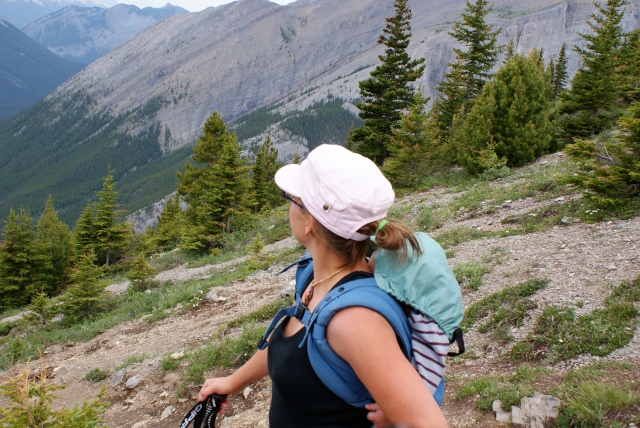 A reformed history phd student working as a public historian and looking for connections between museums and environmental history from the often freezing reaches of Canada (aka Edmonton).
View all posts by Lauren Wheeler →
This entry was posted in Environment, Public History. Bookmark the permalink.